My Own Adoption Story 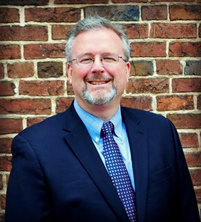 by Chuck Johnson, president and CEO
I am honored to share with you my own personal adoption story, which is one of the reasons that I’ve dedicated my professional life to helping children find families through adoption.
and so, here it is:  My adoption story…
I was probably around 10 or 11 years old--I don’t remember my exact age.  My parents called a family meeting, and my dad, uncharacteristically nervous and fumbling for words, said that he had to tell us something very important.  We had no idea what he was about to say, and couldn’t imagine anything--except the very worst news--could account for his behavior.
The tension in the room quickly lifted as my dad announced that he had been adopted at the age of two by our grandparents.  My sister and I, who had both been expecting something terrible, breathed a sigh of relief.
“What’s the big deal?” I asked.  “Why did you have to scare us half to death?”  Dad, who we affectionately called “Cappy,” explained that he and his sister were abandoned as children, and later adopted by the Johnson family.  My father spoke of his love for his parents (he was so devoted to them).  He went on to explain two reasons for not telling us sooner:  First, because he loved his adoptive family and knew that they loved him, and that his adoption made no difference in how they felt about one another; and second, because he was ashamed that he was a little ashamed over his adoption.  He went on to explain that my cousins knew about the adoption, so he wanted to tell us before we heard it from them.  Although neither he nor his parents thought his adoption should make a difference, it remained an issue for some.  As a child he had been taunted for it by other children, and occasionally by other members of the extended family as well.
My father and my aunt grew up in the late 1920s and 1930s, when many people were not sympathetic towards single mothers or their children.  Adoption was often seen as a way of “covering” for the “shame” of an unplanned, out of wedlock birth.  Although my father and aunt were born to a married couple and subsequently adopted by a well-respected married couple, at that time many people did not understand enough about adoption to approve of it.
Since then, much has changed in our attitudes about adoption, and I’d like to think that the National Council For Adoption has played a role in some of those positive changes.  Today, many more people understand that birthparents make a difficult, loving, and often self-sacrificial choice in order to ensure a bright future for their children.  The best interests of children are kept at the forefront of all adoption counseling and decision-making.  My son, who was adopted at age two just like my father, takes genuine pride in his adoption.  Whether at school or in the neighborhood, he has found countless opportunities to share his adoption story without reservation with friends and strangers alike.
My father passed away in 2009, and one memory of him stands out clearly in my mind (I believe it illustrates just how far we’ve come in the past 80 years):  I took my father to hear Michael Reagan, who was adopted by the late President Ronald Reagan, share his own adoption story.  After the speech, my dad darted to the front of the room and waited in line to talk with Reagan.  My dad introduced himself to him by saying, “I’m adopted, just like you...!”  I smiled quietly, content in knowing that my dad had reached a place where he could be proud of his adoption story.  After all, he had watched for decades as I worked hard on behalf of orphans, and he had a grandson join our family through adoption.
This year, NCFA celebrates 32 years of helping children find permanent and loving families, affirming birthparents in their adoption decisions, and providing resources to adoptive families.  We’ve helped shape the current culture of adoption in the United States.  Our work is not complete until every child in this world has a loving, permanent family of their own.
Adoption is not simply my personal vocation:  it is the thread that ties my family together.  For me, adoption is love.
Category Personal Stories
blog comments powered by Disqus