We welcomed the 20-member China Center for Children’s Welfare and Adoption (CCCWA) delegation at Reagan International Airport around noon last Wednesday. After getting them settled at their hotel, NCFA's Wayne and Vicki Allgaier escorted five of the delegates representing the central offices of CCCWA to the Department of State, where they met with Ambassador Susan Jacobs and staff from USCIS and NBC to discuss issues relating to adoption between the U.S. and China. After dinner at Bertucci’s Italian Restaurant in Alexandria, the entire group took a “D.C. Monuments by Moonlight” tour, getting off the bus to visit and take pictures at the Lincoln, Korean War, Martin Luther King, and WW II memorials. 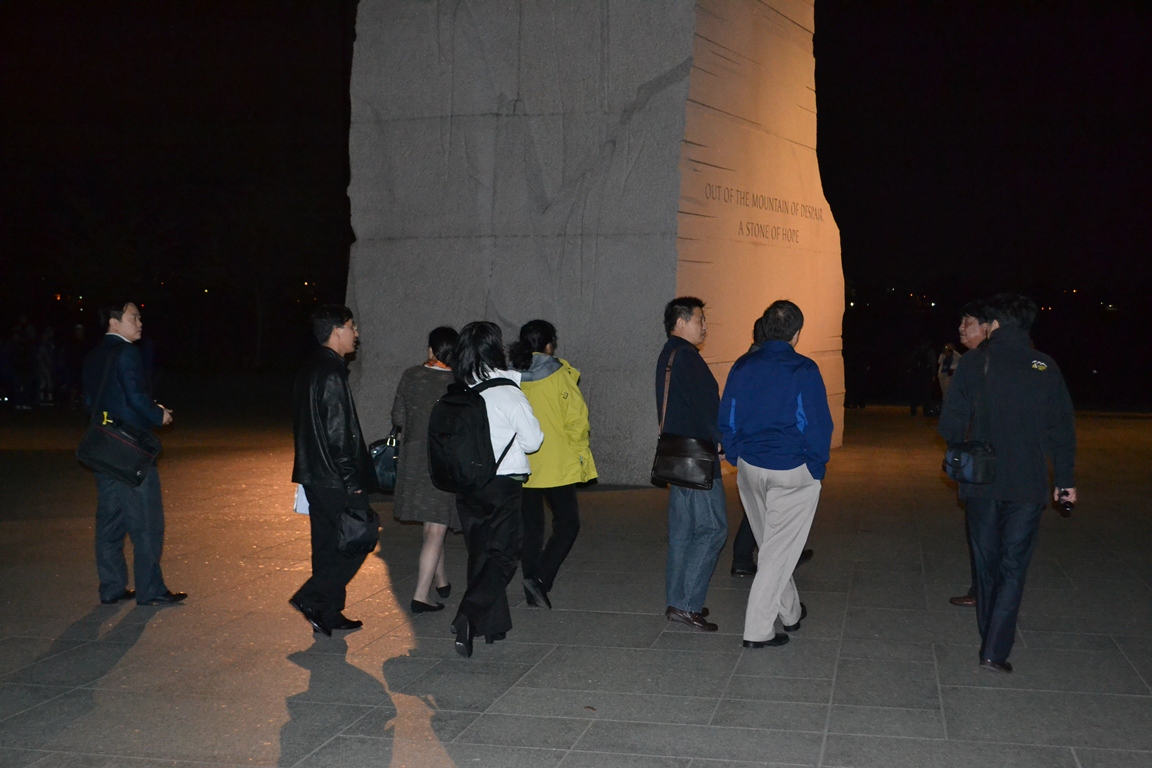 Thursday morning started with a buffet breakfast, followed by greetings and remarks from Chuck Johnson, NCFA president and CEO and Ms. Gan Weiwei, CCCWA Deputy Director-General and head of the delegation. Chuck also gave a short presentation on the history and culture of adoption in the U.S. Then, it was on to lunch at Joe Theismann’s Restaurant in Alexandria, where the delegation enjoyed traditional American cuisine. With full bellies, the delegation was taken to the Smithsonian Air and Space Museum in D.C., where they enjoyed an hour and a half of individual leisure time. 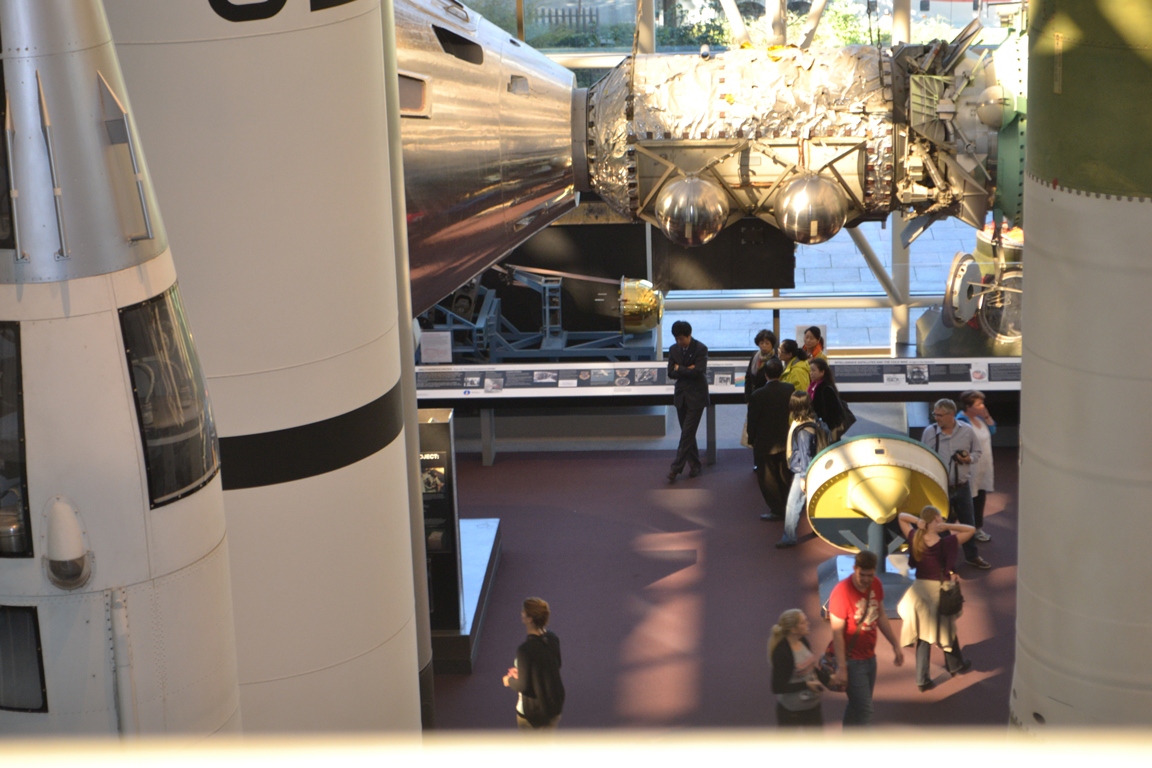 Then back to the hotel to freshen up before going to the NCFA offices for a reception, which included a surprise birthday for Vicki Allgaier, who has been helping to coordinate the events of the CCCWA visit. We sang happy birthday to Vicki, and then the delegation serenaded her with happy birthday in Chinese! Chuck, Vicki, and others were presented with beautiful gifts from China and NCFA staff mingled with CCCWA delegates. Needless to say, fun was had by all!
From the NCFA offices, we went just across the street to the Burger Joint, where members of the delegation were treated to “CCCWA Burgers,” especially created for this visit by the owner of the Burger Joint. Vicki shared her chocolate birthday cake with the delegation, as well as with the Burger Joint staff and other diners present.

After dinner, we took a “walking tour” of Old Town Alexandria, which consisted mostly of some time shopping in the Ross and Banana Republic stores, and a walk down King Street to the Potomac River waterfront. What can we say; the shopping is great in Old Town! 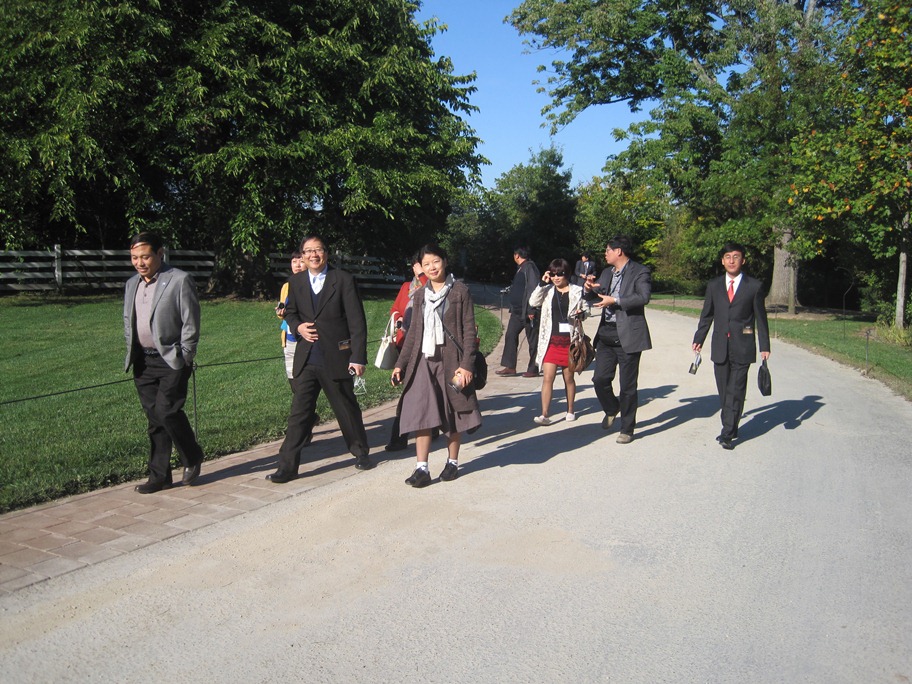 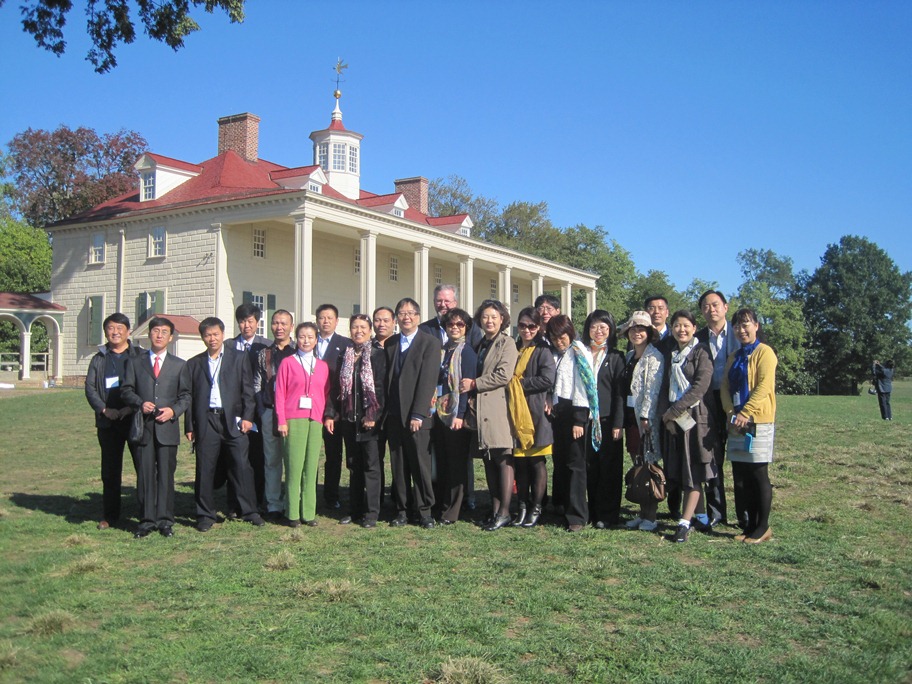 From Mt. Vernon, we went to the U.S. Senate office buildings, where the delegation met with staff from both Senator Landrieu’s and Senator Hatch’s offices, to talk about U.S. adoptions from China.  Following these meetings, the delegation was divided into three smaller groups for a VIP tour of the U.S. Capitol. We take this group photo each year at the Capitol. It’s one of our favorites: 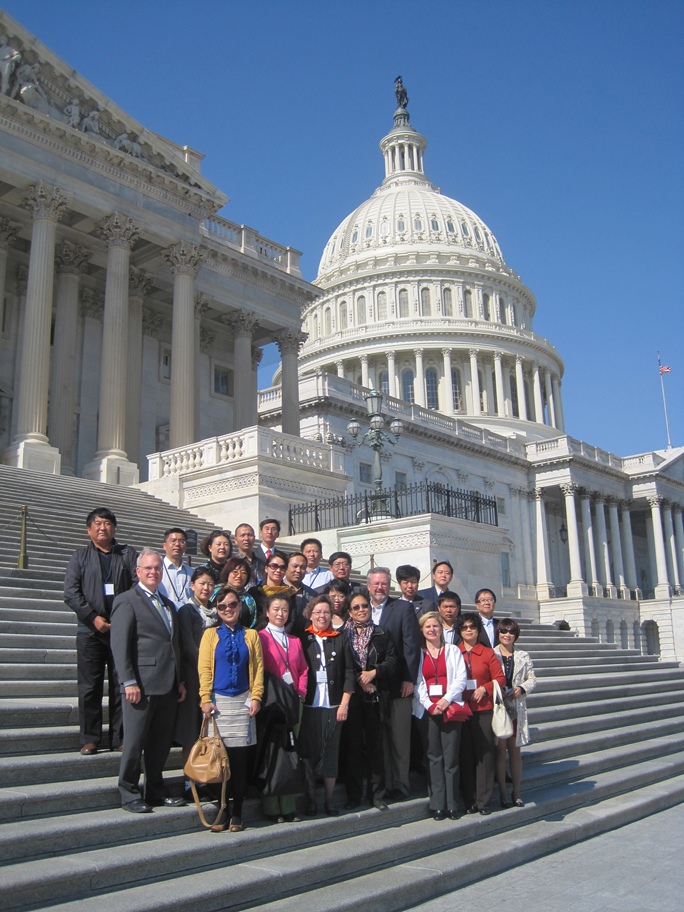 The day was concluded at the home of NCFA board member Brian Luwis in McLean, VA, where America World Adoption Agency hosted the delegation for dinner, and gave them an opportunity to meet several Chinese adoptees and their families.
After a buffet breakfast on Saturday morning, the group was off to New York City via Philadelphia for further educational meetings and to enjoy the sights.
Category Global Adoption
blog comments powered by Disqus